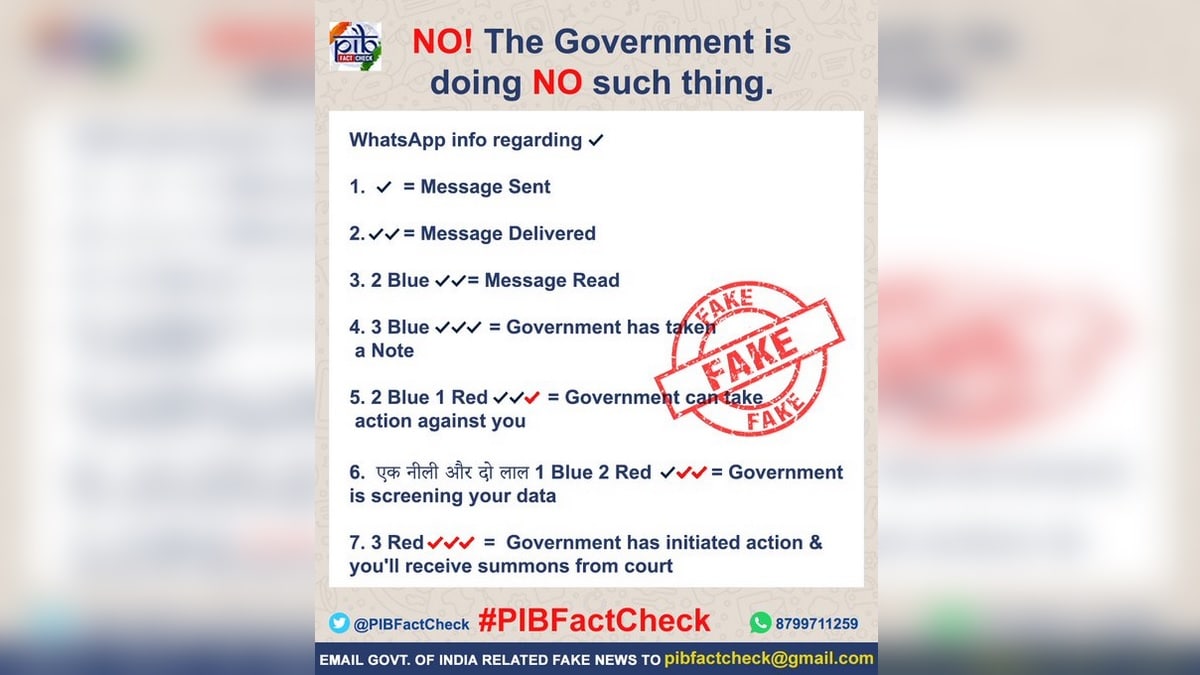 WhatsApp, like other major social media platforms, has become a source of news and other information for several people. But, same as most other social media platforms, misinformation and fake news are rampant on the chat app. Most recently, a viral message stating that the number and colour of ‘ticks’ on messages in WhatsApp indicates that the government is taking notice of those messages was being circulated. This piece of information has now been quashed by the Press Information Bureau (PIB) on Twitter. PIB is a government agency that disseminates information to media on government plans, policies, and more.

“#Fake News Alert! Messages circulating on Social Media reading ‘WhatsApp info regarding √ tick marks’ is #FAKE. #PIBFactCheck : No! The Government is doing no such thing. The message is #FAKE. Beware of rumours!,” PIB wrote on Twitter.

For those of you who haven’t come across this viral message, it claims that WhatsApp has implemented a new system with which users can find out if the messages that they are sending are being noticed by the government or if the government can take action against the sender. The message states the following number and colour combinations of ticks and their respective meanings:

However, as PIB tweeted, this is fake, and the government is doing nothing of such kind. Further, WhatsApp is end-to-end encrypted, so neither the government nor WhatsApp can actually read any messages being sent on the messaging app. Also, while WhatsApp is a great place to keep in touch with family and friends, it is not always the best place to get news and other important information. One should always prefer credible publications and media houses for news.

This isn’t the first time that this message has started popping up in WhatsApp. Messages like this can be traced as far back as April last year, as indicated by a user on Twitter.